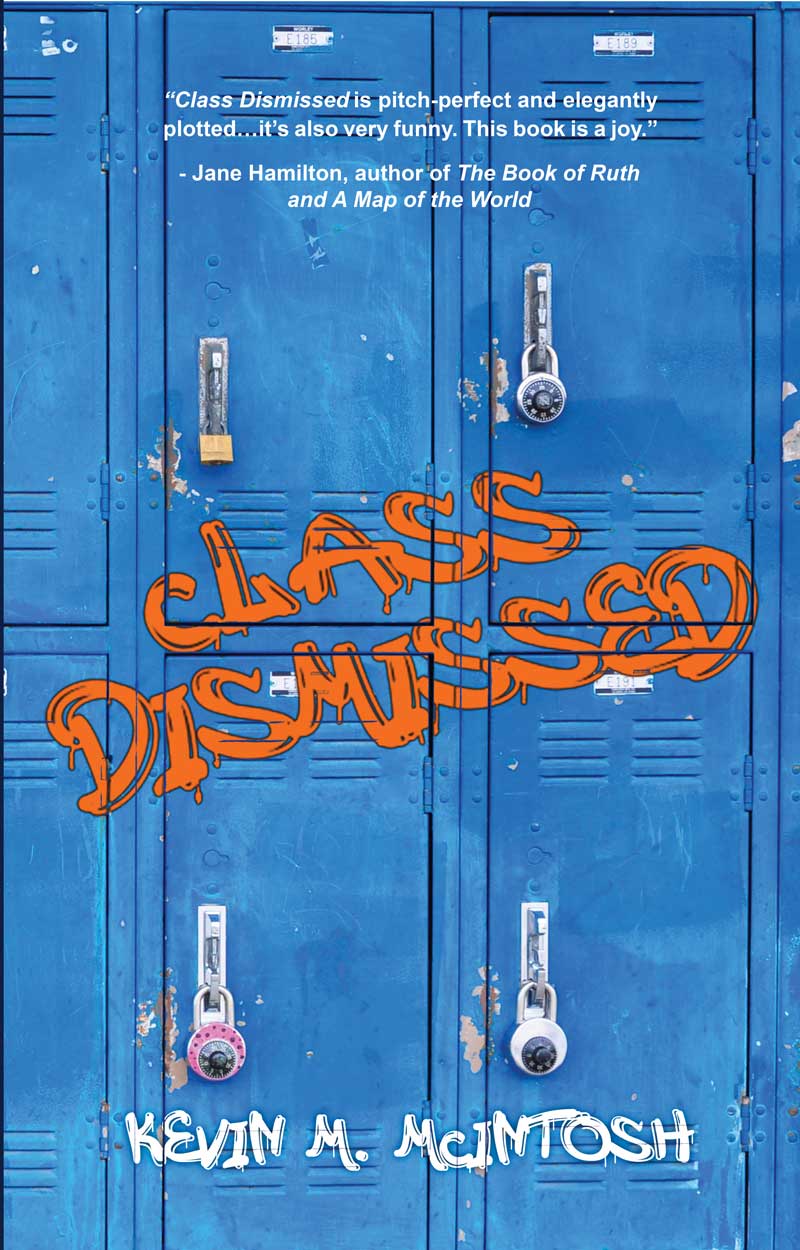 “Student Gives Teacher the Finger” screams the Post headline after Patrick Lynch shuts—slams?—his classroom door on the hand of Josh Mishkin, learning-disabled son of NYU professors. The injuring of Josh casts Patrick, thirty-year-old son of the Midwest, down a New York City rabbit hole of Board of Ed bureaucracy and union politics, transforming him into an unwilling celebrity among his fellow inmates in that teacher purgatory, the Rubber Room. And now Mr. Lynch—more “at risk” than any of his students—must fight his way back to his classroom at Marcus Garvey High, reclaim the affections of his social worker fiancée, and shadow-box the legend of his late father, Superintendent Lynch, the pride of Peterson’s Prairie, Minnesota.

Set during the “Ed Reform” wars of the 1990s, Class Dismissed offers a fresh lens on the urban teacher tale: an intimate view of teaching and learning, each classroom its own ecosystem, the eye of its own little storm. Seen through the warm and humorous eyes of Patrick Lynch, the crucible of inner-city education, with its stew of race, class and political tensions, provides a portrait of love and loss, a surprising path to self-discovery, and a belated coming-of-age.

Class Dismissed explores the triumphs and tragedies of teaching – and the Kafkaesque bureaucracy that one gifted New York City public school teacher finds himself in after an accident involving his most difficult student. Simultaneously as cynical as the city he now calls home and as sincere as his Midwestern roots, Patrick Lynch is an unforgettable narrator, one you’ll root for as he buckles under the weight of his own mistakes. This novel is both laugh-out-loud funny and deeply moving, and marks an impressive debut.

Class Dismissed is pitch-perfect and elegantly plotted. That would be enough happiness for a reader—but it’s also very funny. Not to mention harrowing. And, of this moment. Patrick Lynch practicing the art of teaching is heroic in a way that illuminates why teaching is a calling and indeed an art. This book is a joy.

Kevin M. McIntosh’s Class Dismissed is competing for The Great School Novel title, alongside classics such as Kingsley Amis’s Lucky Jim and Bel Kaufman’s Up the Down Staircase. McIntosh writes with humor and a sardonic appreciation of life’s all-too-expected travails. In Class Dismissed, the world tries to teach Patrick Lynch a lesson. He proves to be as apt a pupil as he is a successful teacher.

Kevin M. McIntosh came of age in Oak Park, Illinois, hometown of Nobel Prize-winning author Ernest Hemingway. As a youth he delivered The Chicago American to the old Hemingway house and attended the same high school as Ernie, though not, he would later assure his students, at the same time. Like many before him, he was seduced by Papa H’s lean, masculine prose, which led to the scrutiny of other Midwestern masters: Fitzgerald, Sinclair Lewis, Cather, Dreiser. These literary forebears would impress upon him the importance of place, how it shapes voice and character, of finding the universal in the particular.

After a young manhood spent as playwright, waiter, and singing telegram deliverer, Kevin became a teacher. His thirty-year career has spanned both coasts, all races, religions, income levels. He has found surprising success teaching writing to the toughest age group––8th grade––leading one boy in Oakland to theorize that his seemingly bright, amazingly pale teacher was part of an obscure witness protection program. And everywhere he taught, Kevin was struck by the “savage inequalities” in American education; intelligence and creativity were as abundant in the city as the suburb, but oh the disparities. Someday, he thought, I’ll write a book about that.

Kevin’s short stories, many dealing with the teaching life, have appeared in the American Literary Review, Beloit Fiction Journal, Chicago Tribune, Jabberwock Review, Potomac Review, and elsewhere. Stories conceived during residencies at Ragdale and Blue Mountain Center were nominated for Best New American Voices and the Pushcart Prize. By George!, Kevin’s musical biography of the Gershwin brothers, was produced at his alma mater, Carleton College, and given a staged reading at the Playwrights’ Center in Minneapolis. He lives in Somerville, Massachusetts with his lovely wife and aged cat.

Sign up for Kevin’s newsletter with the latest details on book events and most recent publications.

For book club appearances, speaking events or other inquiries, please complete the contact form below: